The CIA this month released an unprecedented trove of 1960s Top Secret presidential briefings after years of litigation by the National Security Archive at George Washington University.

Both the Archive and the CIA announced the disclosure with fanfare.

“The PDBs,” the statement continued, “are Top Secret documents containing the most current and significant intelligence information that the CIA believes that the President needs to know, and are records that CIA Director George Tenet once claimed could never be released for publication ‘no matter how old or historically significant it may be,’ and that White House Press Secretary Ari Fleischer described as ‘the most highly sensitized classified document in the government.'”

The CIA also promoted the release as an example of transparency. 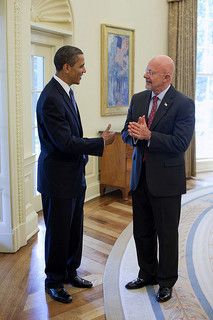 They described the unprecedented release of the briefing papers, available for study via the library’s research department. An estimated 20 to 25 percent of the contents remain redacted to protect secrets.

In coming days, we shall analyze news commentaries, especially a debate arising over a controversial PDB whereby the CIA claimed that accused presidential assassin Lee Harvey Oswald visited two Communists embassies on Sept. 28, 1963, nearly two months before President Kennedy was murdered in Dallas. Many experts believe the CIA falsely reported Oswald’s appearance, that the FBI quickly noted to Johnson the falsity of the CIA’s claim. “It is difficult to overstate the importance of what is usually called the ‘Oswald in Mexico City’ affair,” according to a 2002 online JFK history by the prominent researcher and archivist Rex Bradford, director of the Mary Farrell Foundation. “Mexico City is indeed the Rosetta Stone of the JFK assassination.”

For now, we continue our report on the overall document release.

“On his first full day in office,” Brennan said in opening ceremonies at the LBJ Library, “President Obama called on the heads of executive departments and agencies to build an unprecedented level of openness in our government. He made it known that giving the American people a clear picture of the work done on their behalf — consistent with common sense and the legitimate requirements of national security — would be a touchstone of this administration.”