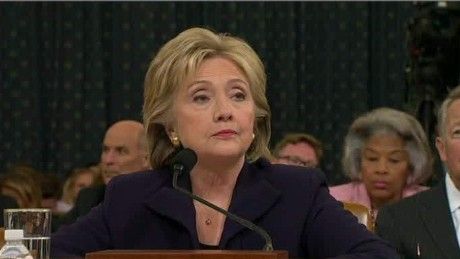 Secretary of State Hillary Clinton, Google and Israeli intelligence enthusiastically cooperated in hopes of overthrowing Syria’s government in efforts that have led to hundreds of thousands of deaths and millions of refugees, according to a trove of emails recently organized for release by WikiLeaks.

One email stated that Syrian President Bashar al-Assad’s fall could lead to a religious war in the region, “which, in the view of Israeli commanders would not be a bad thing for Israel and its Western allies.”

The email, as well as a separate one describing a secret high-level effort within Google to assist the State Department in regime change for Syria, is one of the Clinton-linked emails organized by WikiLeaks into a searchable database announced last week.

These help paint a picture of the Democratic front-runner as a zealous advocate of covert activities to overthrow foreign leaders opposed by U.S. elites. Clinton is shown in a file photo as she parried GOP attacks during a House hearing in October on the 2012 killing of U.S. personnel at Benghazi, a process that was easier for her than apparent because she secretly shared certain goals with her interrogators, as described below. 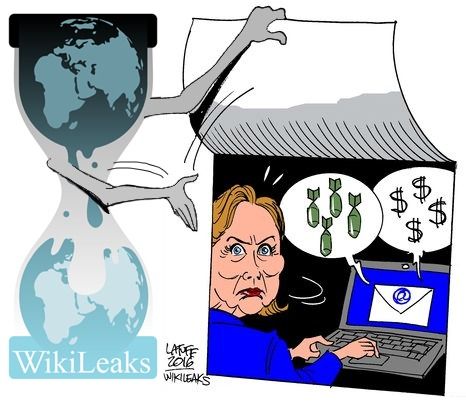 The mainstream media for the most part have ignored the remarkable email revelations from recent days contained in Clinton’s emails from 2009 to 2013 as secretary of state.

Only a handful of alternative and mostly web-based commentary sites have covered the story so far. Yet the emails help connect the dots from her 2003 support of the Iraq invasion as a senator to the vast suffering from regime change in Libya and Syria, including such collateral results as the refugee migration to Europe and blowback by terrorists dispersed there.

The de facto news blackout on the stories by United States media suggests also why WikiLeaks and its founder Julian Assange are so widely reviled by government officials and their allies in the media.

WikiLeaks enables whistleblowers to bypass many control mechanisms to suppress sensitive matters normally covered only in partial fashion by foreign policy decision-makers and their most friendly news outlets, which now include tech giants like Google (the best known subsidiary of the new parent company Alphabet).

That segment reported how Martin Fredriksson, a prize-winning Swedish journalist known for his left-wing, pro-NATO and anti-WikiLeaks commentary, was revealed this month to have been a paid agent of Säpo, Sweden’s security service.

The third part of our series will examine the dubious legality of Sweden’s crusade against Assange, which has caused a United Nations panel last month to find that Assange’s political asylum in Ecuador’s London

embassy since June 2012 as arbitrary detention as a violation of human rights.

Assange has denied any crime in the sexual complaints.

Also, he has accused Sweden (whose flag is shown at left) of mounting a trumped up probe so it can extradite him to the United States to face reprisal for publishing hacked emails embarrassing to United States and other diplomats. U.S. authorities have not commented on whether they have filed secret charges (as Assange claims) against him and his colleagues working for the pro-transparency site WikiLeaks.