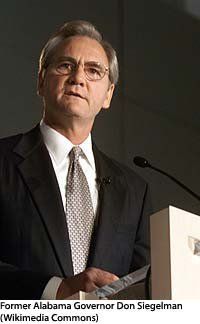 The misguided but unanimous ruling announced May 20 by three Atlanta-based judges requires new and more aggressive political priorities by justice seekers nationwide who have long been appalled by one of America’s worst human rights abuses.

We need to recognize more publicly that the vaunted U.S. system can inflict injustice repeatedly with utter ruthlessness and impunity in selective political prosecutions and cover-ups.

Redress must go beyond polite court filings that omit the most important and sensitive allegations for fear of antagonizing already biased judges. For similar reasons, petition drives are fine but are likely to remain ineffective when relevant officials are determined to protect their reputations by continuing to wreak injustice.

The naïve believe that judicial and prosecutorial misconduct occurs only overseas or in isolated and corrupt U.S. localities.

Instead, certain prosecutions authorized at top federal levels are designed to ruin political enemies like Siegelman — his state’s most prominent Democrat during his 1999 to 2003 term and in the years shortly thereafter — and/or to protect the reputations of important institutions, as in the cover-up that has thwarted him and many other victims around the nation.

The Obama Justice Department further illustrated its craven deference to the powerful by last week’s settlement announced by Attorney Gen. Loretta Lynch of a criminal case against five major banks that bilked their customers of an estimated $5 billion by manipulating trades. Details: Five big banks agree to pay more than $5 billion to settle regulatory charges.

Since 2009, this editor and the Justice Integrity Project have documented such abuses in dozens of columns about the Siegelman case alone.

Our revelations have also cited the comparable work by other researchers. Therefore, they comprise a mind-boggling record of legal misconduct and infliction of pseudo-legal suffering for political reasons on defendant families and their communities – all with scant corrective action by oversight institutions.

There is little point in repeating details, which can be found via the search function on this site and elsewhere, as well as via links below.

More important for now is to note in broad terms how the Obama and Bush Justice Departments and the federal court system have disgraced themselves. That harsh truth is a first step to the steps needed for reform.