One of the nation's most battle-tested First Amendment experts warned this week that President Obama “surely” will exceed the 1970s abuses of Richard Nixon “as the worst president ever on issues of national security and press freedom.”

James C. Goodale, left, was New York Times general counsel during its 1971 fight with the Nixon administration to publish the Pentagon Papers.

He wrote a Times op-ed May 21, Only Nixon Harmed a Free Press More. It cited recent revelations about the Obama Justice Department's extreme measures to plug national security leaks by secret surveillance of more than 100 Associated Press reporter phones, plus monitoring of a Fox News reporter suspected of speaking with a State Department contractor.

“The search warrant filed to investigate the Fox News reporter James Rosen proved as many had suspected: President Obama wants to make it a crime for a reporter to talk to a leaker,” Goodale wrote. “Until President Obama came into office, no one thought talking or e-mailing was not protected by the First Amendment.”

Goodale will amplify his warnings May 24 on the MTL Washington Update radio show I co-host each Friday with network founder Scott Draughon. Click here to listen. For questions or comments, call in toll free (866-685-7469 ) or send an email to [email protected].

The show continues our focus on the issue, exemplified a year ago in my column, Press Probes 'Obama's War On Leaks. It reported on a panel convened by the nation's two leading press clubs whereby prominent reporters issued dire warnings about dangers to the public from the Obama administration's methods. 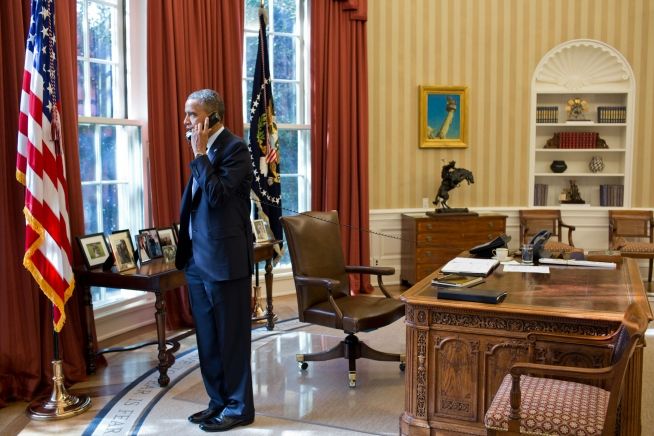 Goodale voiced his concerns repeatedly this spring following publication of his well-regarded book, Fighting for the Press: The Inside Story of the Pentagon Papers and Other Battles.

His analysis has become an especially hot topic with this month's revelations that government surveillance targets included Associated Press and Fox News reporters and their sources. In addition, independent, web-based journalists and whistleblowers have long protested the Obama administration as enshrining into more settled law abusive Bush administration tactics for suppressing leaks post-9/11.

The Justice Integrity Project has covered this fight extensively for several years. Among notable columns have been Mr. Drake Goes To Washington, comparing former National Security Agency executive and spy defendant Thomas Drake to the embattled hero, Jimmy Stewart, in the iconic movie about corruption-fighting in Washington. Another story quoted six prominent whistleblowers as stating that the Obama Justice Department seemed more dangerous and vindictive to them than the Bush administration.

Also, we broke the stories (along with Alabama reporter Roger Shuler of Legal Schnauzer) that former Bush advisor Karl Rove was a consultant to the Swedish government, and that the law firm attacking Assange has ties to the CIA. Sweden has relentlessly sought custody of WikiLeaks founder Julian Assange for questioning on sex misconduct claims. As feminist commentator Naomi Wolf has noted, the intense focus on Assange suggests a hidden agenda for his role in distributing secret government documents, not simply a more thorough investigation of sex misconduct claims from 2010 that have not yet arisen to formal charges.

Goodale, in a break with many establishment First Amendment advocates, has cited Assange's treatment as a dangerous sign for the media. Goodale asserts that a potential U.S. prosecution of Assange on spy charges would be a tipping point in moving Obama past Nixon as more dangerous on First Amendment issues.