The public can only hope federal authorities dropped their New Orleans corruption probe of the landfill owner Fred Heebe for the right reasons. That was my response to questions March 8 on the show of WWL AM/FM radio host Don Duboc, left, after he invited my perspective regarding the Justice Department's decision. New Orleans U.S. Attorney Jim Letten and three of his top aides resigned because of disgraceful conduct in their office. 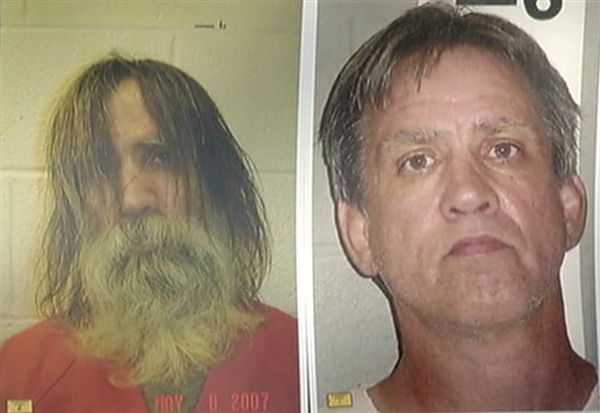 The public does not know whether authorities dropped the investigation of Heebe and other suspects because of lack of evidence, I said on the region's top-rated station. Another possibility, if not liklihood, is that the investigation had revealed many scandals within the U.S. attorneys office that would embarrass officials and thwart prosecution. The show has invited me at least a half dozen times to speak from the perspective of a national legal reform group about the misconduct allegations against federal and local law enforcers in the region.

Meanwhile, Stephen Slevin, shown at right in two photos, accepted a $15.5 million settlement after being held in horrid solitary confinement conditions for two years without trial following his arrest for suspicion of driving while intoxicated. Slevin, a former inmate at Dona Ana County Detention Center, agreed to accept one of the largest federal civil rights payouts in history.

My column below examines these two cases along with two other injustices. One was the fatal beating of misdemeanor suspect Jesse Williams Sr. while he was incapacitated in a Mississippi jail. Handcuffs held his hands behind his back and to his feet. This put him into a painful U-shaped position even before he was picked up like a suitcase, dropped to the floor. On camera, jail personnel then repeatedly kicked his face and smashed it on the floor.

The other shocking story focused on a five-year sentence this week for a homeless mother who enrolled her son in a free public pre-school program that his residency status did not entitle him to attend.

These cases can be complex, however. Therefore, no real reform can occur without recognizing that lawbreaking in the community can foster the kinds of indiscriminate reaction among law-enforcers otherwise inexplicable. Here are the four cases, each revealing in their own way: