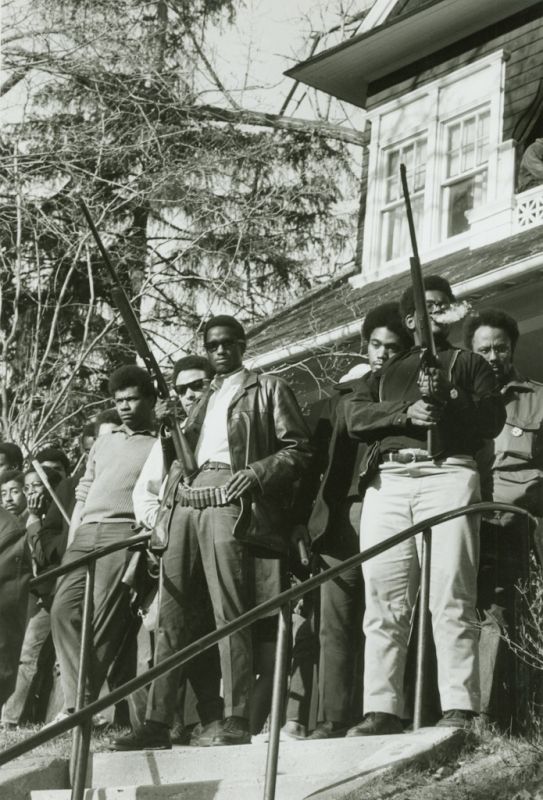 On April 19, 1969, more than 80 African-American students at Cornell University seized a student center a day after a cross burning on campus. The occupiers emerged 36 hours later brandishing weapons in one of the most iconic images of the 1960s student protest era.

Last month, a journalism expert claimed publicly for the first time that black students covertly burned the cross to dramatize their grievances by falsely invoking a racist symbol.

More generally, “false flag” events challenge each of us to decide whether we object to such tactics by kindred spirits.

I argue that the facts of the Cornell situation, whatever they are, deserve to be exposed — and justice demands at least as much effort regarding comparable situations then and now.

False flags (the name comes from deceptive flags used to gain advantage in naval warfare) are reputed in some quarters to have included the 1960s political assassinations that arguably set the background for 1960s student protests, among many other intrigues.

The Cornell building occupation, which I covered at the time as a student newspaper reporter, holds historical importance.

Photos of armed black students made front page news across the nation and won a Pulitzer Prize for an Associated Press photographer. Cornell’s John Henrik Clarke Africana Library displays a collection of photos here, including that shown at right. The protesting students ousted several sleeping parents from rooms at Willard Straight Hall, the student union. The lawless action hurt the school’s image with several key constituencies, including parents of students and prospective students. But the takeover ended peacefully.

The Cornell administration’s relatively lenient treatment for the protesters (amnesty for occupiers and reprimands for three ringleaders for their previous actions) enraged some faculty, alumni and political commentators. Along with protests elsewhere, the controversies helped empower a conservative reaction to black, student, and anti-war protests of the era, while a number of the erstwhile radicals involved went on to mainstream careers.

My reporting on the takeover began as a student newspaper writer-editor at the Cornell Daily Sun. A decade after my graduation in 1970 as a history major, I drew on extensive research to publish “The End of a Bizarre Era,” an essay about the takeover’s historical importance. The essay was one of the first chapters in A Century At Cornell, a book published by the Sun about the university.

Relevant also is that two of my government studies professors — Walter Berns and Allan Bloom — resigned from Cornell in protest over what they regarded as administration and faculty cowardice in punishing protesters. The two went on to become leaders in the neo-conservative movement in American politics.

Cornell is located in Ithaca, NY. Western Union founder Ezra Cornell, a one-time carpenter and traveling salesman for plows, co-founded the university in 1865 with a $400,000 donation and brainstormed on educational innovations along with a fellow New York State senator, Andrew Dickson White, the university’s first president.

Cornell is the federal land-grant institution of New York State, as well as a private endowed university, a member of the Ivy League, and a partner of the State University of New York. It describes itself “as the first truly American university because of its founders’ revolutionarily egalitarian and practical vision of higher education, and is dedicated to its land-grant mission of outreach and public service.”

Unusual for its time, the school has no formal religious affiliation. It was the first Ivy League school to admit women (in 1880) and its and its president advocated intercollegiate sports as an important educational tool. As a bias disclaimer, I was a scholarship student grateful for the education there and would highly recommend the university to others.

At Wari House, a black women’s cooperative residential unit, authorities discovered the burning cross as fire alarms rang out across the Cornell campus during the early morning of April 18, a Friday. An Ithaca Police Department detective kicked the cross off the porch and extinguished the fire. Authorities contended with nearly a dozen false alarms elsewhere on campus. None of the 12 Wari House residents were injured.