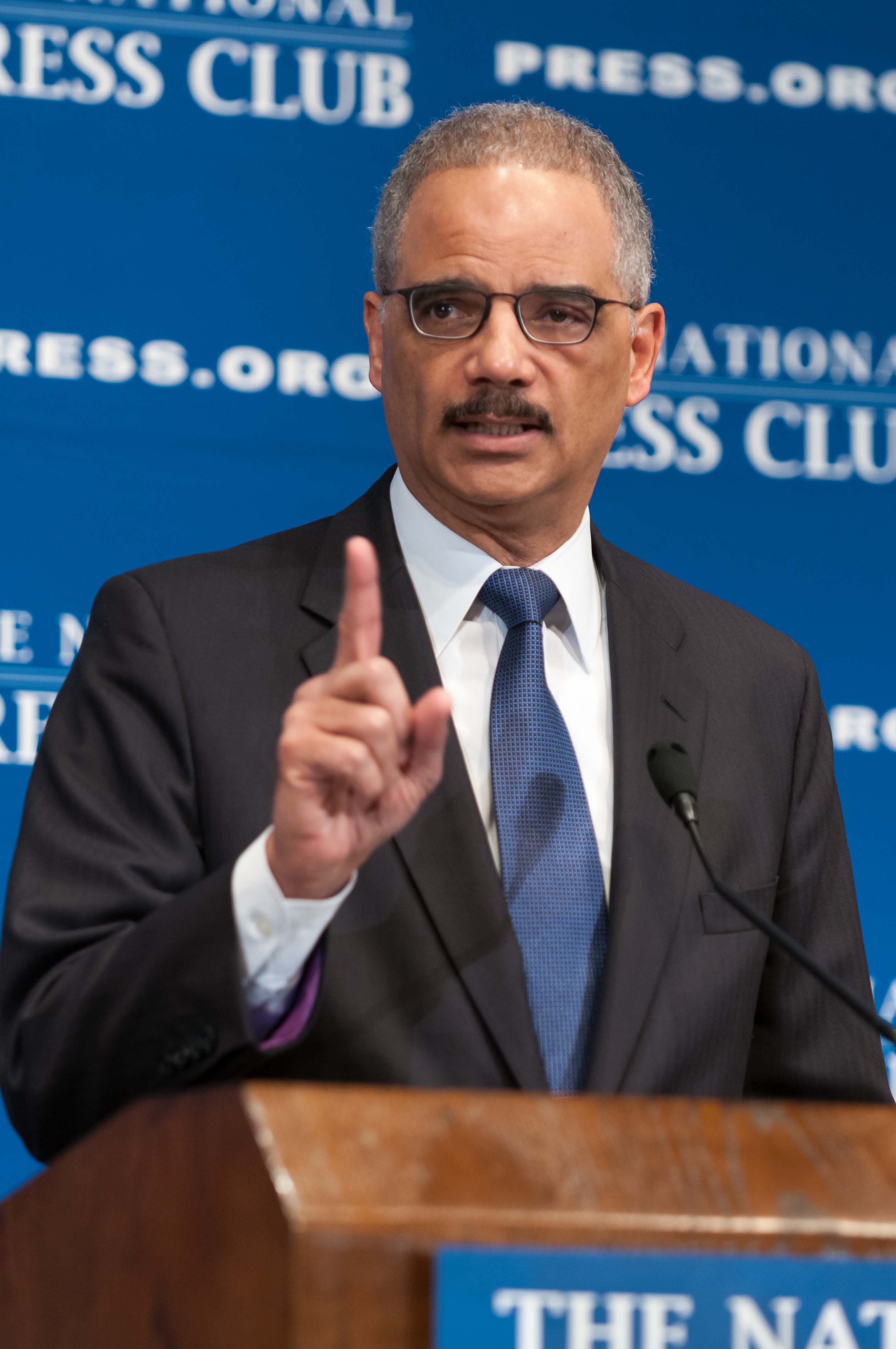 The media fail to report rampant abuses at the U.S. Justice Department: An overview of how a craven and compromised Big Media protect a Puppet President, his team, and the masters they all serve.

Attorney Gen. Eric Holder polished his legacy Feb. 17 with a National Press Club speech that illustrated the sharp limits of political accountability and media curiosity in the nation’s capital.

Holder, shown in a photo by Noel St. John, projected a benign presence after presiding over some of America’s most controversial decision-making of the Obama administration.

The Justice Department billed it as one of his final public appearances before he steps down as the nation’s 82nd attorney general when his successor wins Senate confirmation, as seems likely. An official photo shows the nominee, Brooklyn-based federal prosecutor Loretta Lynch.

In contrast to professional camaraderie at the press club, New York Times investigative reporter and author James Risen, who was not present for Holder’s speech, reacted from afar in revulsion by tweeting that Holder’s legacy is a “wrecked First Amendment.”

Risen described the Obama administration as the “worst” enemy of press freedom in American history. “Eric Holder has sent a message to dictators around the world that it is okay to crack down on the press and jail journalists,” Risen tweeted. A sample of other controversial issues and ironies is listed below in an appendix.

Today’s column examines how the club’s speaker process, like similar programs featuring government officials in Washington, side-steps blunt exchanges about sensitive issues that might better inform the public at the risk of antagonizing a speaker and reducing future appearances by similar guests.

The stakes are high. Holder, one of President Obama’s closest friends and advisors, presides over a Justice Department with vast clout over the nation’s criminal and civil law enforcement system. Its oft-discretionary and subjective application of law impacts also the economy and even foreign affairs. Thus, Holder has impacted jobs, savings, and national security and many individuals caught up in those issues.