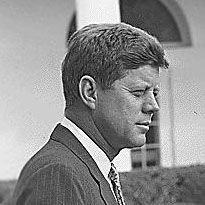 “We shall also file Freedom of Information Act requests and similar legal actions to enforce the law and undertake public education efforts to show the importance of disclosure to new generations.” Wecht, shown below in his lab, is a world-renowned consultant, medical school professor, author, and former county coroner for two decades in Pennsylvania.

This editor is one of nine CAPA directors along with Wecht, and is also the media liaison for the CAPA announcement, which is timed to coincide with the annual Sunshine Week launched by Florida journalists and then nationally in 2005 by the American Society of Newspaper Editors (ASNE) with funding from the Knight Foundation. The purpose is to advocate for open government and warn against the dangers of excessive secrecy.

In Washington, DC, the National Press Club and Newseum are among the organizations sponsoring events during the week seeking more transparency by government. There are many challenges for the media and the public in obtaining from government information once regarded as routine. For example, the Washington Post reported in its Sunday, March 13 print edition, The federal government no longer cares about disclosing public information.

This editor shares those goals as an active member of more than a half dozen journalism and legal bodies, including the National Press Club’s Press Freedom Committee and several other of the largest and oldest journalism bodies, such as SPJ, ASJA, and the Overseas Press Club. But an urgent need exists also for more for targeted advocacy efforts on the topic of assassinations, especially since the major media have proven extremely reluctant to use their influence to report sensitive aspects of major assassinations — much less lobby for additional disclosures.