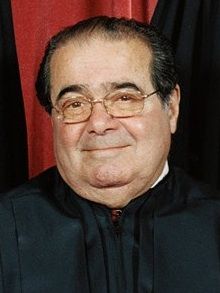 Authorities should have performed an autopsy and other standard procedures to determine the cause of Scalia’s death Feb. 13 at a luxury ranch in West Texas said William O. Ritchie, Jr., a former deputy chief of the Metropolitan Police Department (MPD) in the nation’s capital.

“Every death you investigate,” Ritchie recalled telling his police subordinates, “is a homicide until proven otherwise.”

Ritchie spoke during a press club panel discussion that also featured the two prize-winning Washington Post reporters who revealed that Scalia had been attending without normal security a gathering of an elite, all-male, secretive hunting society.

Reporters Sari Horwitz and Amy Brittain recounted how they unraveled step-by-step that Scalia attended for free over St. Valentine’s Day weekend a meeting of the International Order of St. Hubertus — and that only a few of the 36 guests are known at the five-star Cibolo Creek Ranch

Much of official Washington quickly moved on from the death — and its poorly sourced rumors of possible murder and other foul play, along with more substantive concerns about professional ethics — in order to focus on Scalia’s legacy and political jousting over his successor.

But the the Justice Integrity Project recruited three experts to discuss circumstances of the death before the press club’s McClendon Group, a speaker society for important topics sometimes downplayed because they create discomfort in elite circles.

Chief Ritchie, a former MPD homicide commander, made front page news last month in the Washington Post by criticizing Texas authorities who deferred to Scalia’s family and billionaire ranch owner John B. Poindexter by announcing that Scalia, 79, died of “natural causes” without an examination of the body and death scene by trained medical personnel.

Ritchie said the circumstances were “fishy.” The U.S. Marshals Service said Scalia had declined a security detail at the Cibolo Creek Ranch owned by Poindexter, shown at right in a photo from his company.

Then the reporters revealed Feb. 24 that Scalia had been attending for free the St. Hubertus gathering along with C. Allen Foster, a prominent Washington lawyer who accompanied the justice on a plane trip to the ranch’s private airstrip about 30 miles from the Texas-Mexico border.

The ranch owner, whose John B. Poindexter Company benefited from last year’s Supreme Court refusal to hear an age bias case against its $140 million annual grossing subsidiary Mic Inc., reported to authorities that he found Scalia’s body in a guest room. News accounts have stated that 36 guests went to the ranch. Only a few of their identities are public.

This editor has followed news reports closely since the death although this is our first commentary aside from excerpting others’ reports. Investigative reporter Wayne Madsen traveled to the ranch and the El Paso funeral home promptly after the death, phoned us with accounts of his findings, and reported them in exclusive scoops on his daily Wayne Madsen Report, as well as on radio broadcasts for the Alex Jones Infowars radio broadcasts and with commentary elsewhere.

Madsen, an author and former Navy intelligence officer, stayed in one of the $700-a-night rooms at the five-star resort and a took photos of the ghoulish decorations, such as the one at left (used with permission) of a devil-like statuette positioned just a few feet from Scalia’s room. This was one of a number of what Madsen reported as satanic-themed art pieces at the resort, with many of them decorating the dining room where Scalia, a devout Catholic, last dined.

Madsen’s concerns, like ours at this site and those of the Post reporters, have primarily centered on procedural irregularities in the death investigation and potential ethical concerns when a powerful justice enjoys free and secretive junkets in the company of the elite. The Supreme Court requires only a minimum of disclosure under its opaque and largely self-enforcing ethics rules.

We explored them in depth in a series of columns showing how Associate Justice Clarence Thomas falsified his annual sworn disclosure forms for years to hide, among other things, his wife’s money from lobbying, as we reported in Common Cause Files Against Justice Thomas’s Wife’s Group.