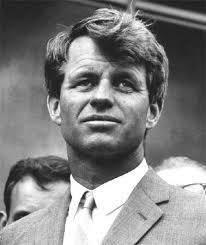 A California parole board this month rejected a dramatic plea to release the convicted slayer of 1968 presidential contender Robert F. Kennedy, thereby continuing one of the nation’s most notorious murder cover-ups.

Kennedy friend Paul Schrade, 91, argued that the convicted Sirhan B. Sirhan, firing from Kennedy’s front, could not have killed the New York senator in a hotel massacre that left Schrade wounded.

“Kennedy was a man of justice,” Schrade told the parole board Feb. 10 in a prepared statement at the Richard J. Donovan Correctional Facility in San Diego, CA.

“But, so far,” Schrade continued, “justice has not been served in this case. And I feel obliged as both a shooting victim and as an American to speak out about this — and to honor the memory of the greatest American I’ve ever known, Robert Francis Kennedy.”

The board refused to grant clemency despite additional evidence from multiple witnesses and books through the years supporting defense claims that Kennedy (shown in a file photo at left) was killed from the rear.

Today’s column begins ramped up coverage here by the Justice Integrity Project of the 1968 assassinations of Robert Kennedy (widely known as “RFK” in news headlines) and the Rev. Martin Luther King, Jr. The full text of Schrade’s unsuccessful arguments to California’s parole board, shown below, provides a powerful new dimension to the historical debate.

This month was the first time Schrade has made such a plea on behalf of a Sirhan, who is widely regarded by researchers (but not publicly by authorities) as a likely victim of mind-control before he fired at Kennedy, who had left a ballroom at the Ambassador Hotel via a hotel pantry when he was shot.

Sirhan, a former race track jockey who disappeared from his family for many weeks shortly before the shooting, has maintained that he could not remember details of his actions, including repetitious entries in his diary “RFK must die” that defenders describe as a symptom of mind control by unknown perpetrators.

Authorities have kept Sirhan in solitary confinement in essence for more than 45 years while his advocates have unsuccessfully argued for a new investigation or clemency. His most recent parole hearing before this year’s was in 2011.

Schrade addressed his remarks in part to Sirhan (shown at right in a prison photo).

“Sirhan, I forgive you,” said Schrade, whom Sirhan shot in the head in the pantry. Schrade continued:

“The evidence clearly shows you were not the gunman who shot Robert Kennedy.”

“There is clear evidence of a second gunman in that kitchen pantry who shot Robert Kennedy,” said Schrade. “One of the bullets — the fatal bullet — struck Bob in the back of the head. Two bullets struck Bob literally in his back. A fourth bullet struck the back of his coat’s upper right seam and passed harmlessly through his coat. I believe all four of those bullets were fired from a second gunman standing behind Bob. You were never behind Bob, nor was Bob’s back ever exposed to you.”

The killing in a Los Angeles hotel shortly after Kennedy was announced as winning California’s Democratic presidential primary removed a leading contender who was poised to win the presidency in 1968.

Instead, Republican Richard Nixon narrowly defeated Vice President Hubert Humphrey, whose late-starting candidacy was crippled by dissension across the nation and especially within the Democratic Party. Among causes were protests over the Vietnam War waged by the administration of incumbent Democratic President Lyndon B. Johnson and many post-assassination riots in cities after the 1968 assassinations of Kennedy and the Rev. Martin Luther King Jr.

This month for the 15th time, California officials denied parole for Sirhan, who was convicted of murder in the first degree during a trial in 1969.

An Associated Press photo by Gregory Bull, who was the pool photographer for the nation’s media, shows Schrade’s reaction to this proceedings.

Schrade, a former aide to Kennedy, is far from alone in his belief in Sirhan’s innocence in the death of Robert Kennedy while obviously a shooter causing wounds to Schrade. At least a dozen books dating back nearly five decades have attacked the investigation and verdict.

“The man convicted of the crime could not possibly have done it,” wrote best-selling authors Richard Belzar and David Wayne, for example, in their 2013 book Hit List: An In-Depth Investigation Into the Mysterious Deaths of Witnesses to the JFK Assassination., a successor to their 2012 book on the topic Dead Wrong. “Furthermore, he was obviously programmed, as experts have determined.”